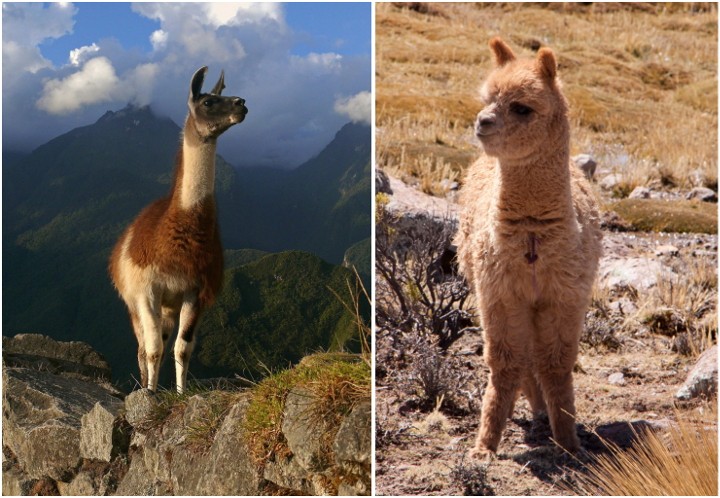 The world is truly an interesting place, and we truly never realize that until we actually travel. The internet might have exposed people to what is really out there away from our motherlands and nativity, but it is traveling that offers the most intimate experiences. And when you finally ever take that hallmark trip to the South America’s you will need some background information on the difference between llama and alpaca. Even more importantly, you will put Llama jokes intro real retrospect, and your life will suddenly and ever be a lot more blissful afterward. First of all, understand that alpacas are widely associated with the mountainous and scenic Andes of Peru, and llamas are widely associated with Machu Picchu. But before you have to learn the differences that set apart these two natural cousins, lets us first explore some of their family attributes.

Llamas and alpacas are camelids. That means that they are part of the large family in which they are cousins to camels, each other camelids like vicuna and guanaco. Unlike camels, these two camelids have lived in water-favorable climates and are not desert-adapted. Therefore, they have some distinct facial and body structure differences from the get-go. Despite the differences, they all display very strong genetic resemblance and their relations are phenotypically apparent. Even more peculiarly, the four different species of cousins can reproduce and yield fertile offsprings. Some theories advanced out there insinuate that they are just different races of a particular camelid species.

Local Comedian: Why did the Alpaca Spit?

Crowd: Because the llama spit first and that threatened its character.

Tourist: And why did the llama spit?

Local Comedian: (laughing with the funny tourist) You called her a camel

Crowd: Llamas are divas and they don’t like Carmel looks

The Ears – Difference between Llama and Alpaca

Llamas have characteristically different ears from their look-alike cousins, the alpacas. Their ears have a more fluffy character which feature extra length, extra curves and a banana shape. The alpacas have short and pointy ears which don’t have any curves.

Body size and weight – Difference between Llama and Alpaca

Let us first say that alpacas have the short-man syndrome. Llamas are generously sized and aestheticized creatures which are beautiful and robust. They average at 90 kgs but the really big llamas can grow to sizes holding over 181 Kgs. Alpacas are always just half the size of their bigger cousins. They weigh an average of 45 Kgs, and they are also much shorter.

Face and Hair – Difference between Llama and Alpaca

Llamas are popular for their faces, and alpacas are known to contrast that description by having a much blunter face. The alpaca’s blunt face is also fuller of hair and that gives it a very cute appearance which makes it very photogenic and attractive, especially to tourists. Alpacas are also very fluffy because their hair is very soft.

Use – Difference between Llama and Alpaca

Alpacas and llamas are slaughtered and eaten. However, alpacas are more popularly bred for their fur which is of much better quality than llamas. Llamas, on the other hand, are much bigger than alpacas, and they are widely feared for their meat. Llamas are also capable of carrying 25 percent of their total body weight, and they weigh close to 100 Kgs. For that reason, the animals are widely used to carry loads, especially out there in the wild terrains.

Character – Difference between Llama and Alpaca

Alpacas are very defensive, and they are more prone to spitting in threatening situations. They are very valuable for guard functions. They can fend away unwanted attention and intrusion, alert their owners of the same.

It is very interesting just how easy it is to make llama jokes. All you need to do is just learn about their character, looks, uses and hangouts. Peru is very popular for llamas which are widely symbolic of Peruvian heritage, and llamas heavily feature in postage stamps, postcards and cultural events. Tourists who visit Peru always end up with very many photographs of them with photogenic llamas and alpacas in the background. That suggests that the animals are very domestic, friendly and cute. The fact that it is their wild and dashingly handsome species of cousins, the Vicuna, that are the national Camelid which actually appears in the Peruvian national coat of arms suggests that these camelids are actually very valuable to the Peruvian populace. So, what about their disposition makes them such an asset?