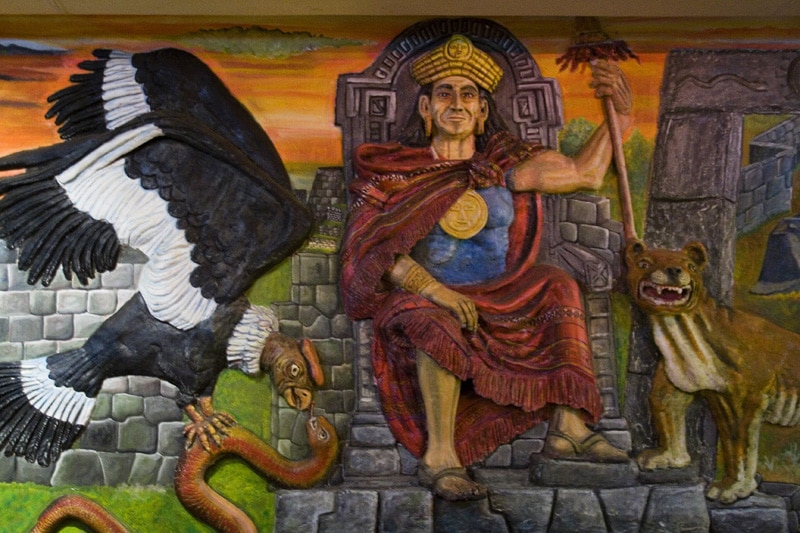 The importance of spiritual inca symbols, in Peruvian history, as well as others, is paramount to the understanding of the tradition itself. These three animals, the condor, the puma and the snake; have a spiritual significance and a practical, artistic value to the Inca people, which when understood can bring a new level of experience to your trip. Understanding the cultural and deeper significance of these animals, also known as the ‘Inca Cross’, will bring a new layer of enjoyment to your journey. These three creatures were known to the Inca as the ‘trilogy’, or the Chankana.

The majestic condor sails through the air of the Andes, revered by the Inca as the most sacred of all birds. It’s huge wingspan, and ability to soar make it the messenger of the gods, like Hermes in the Greek tradition. Shamans are said to be able to communicate with this divine oracle and bring back the messages of the gods to the people on earth. The Inca believed that when you died you were carried to the afterlife on the wings of this sacred bird.

The beautiful yet dangerous puma is said to be the symbol of power on earth. The puma stakes this world with deadly force and being one of the best adapted predators, and therefore something to look up to, the Inca built Cusco in the shape of the puma. The puma also represents spiritual strength, and the need to hunt for the truth in the vast cosmos of time, and so it retains its symbolic significance even today among shaman and other new age spiritualists.

The snake is an incredibly interesting symbol which to the Inca, as well as the ancient Egyptians, represented the underworld. The snake is often seen ‘biting its own tail’ which is designed as such to show the nature of the existence. The snake, and the underworld, represents the passage into the next life, and so the snake also has connotations of wisdom. The Inca believed that life goes on after death, and it was through knowledge, strength of character and wisdom that one could best navigate the passage between lives.

If you want Further explanations about the “Inca trilogy”: the snake, the puma and the condor, visit Machu Picchu