Explore the sights and sounds of Peru through our travel blog and keep yourself updated with the latest from Peru. 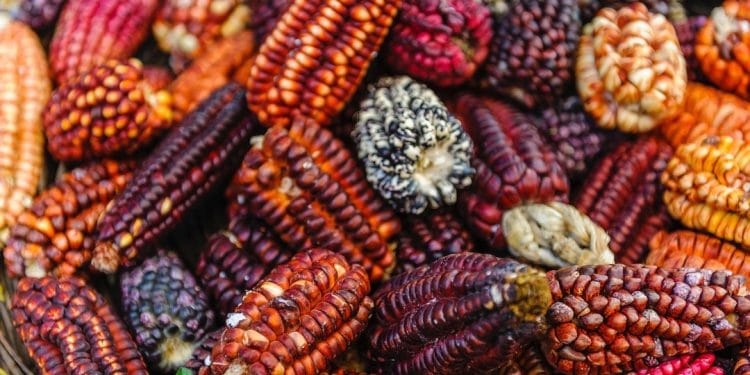 This is a type of field corn with kernels almost five times larger than those of sweet corn. It is Andean corn that is consumed in several parts of North and South America, including Peru, Colombia, and Bolivia, among others. The appearance and taste of the Peruvian corn are almost the same as those of hominy – a food made from dried maize kernels combined with an alkali. In industrialized communities, this type of corn is considered safe for human consumption only after going through commercial pre-processing.

Maiz Blanco – these are large round and soft corn. They come with a floury feel, and are used in cooking Pozole soup since the times of Aztec.

Maiz Morado – its cob is purple, and it is mostly grown along the Peruvian coast. It is used by the locals mostly to make a popular unfermented drink known as chicha Morada. The corn is also used in making a well-fermented, sweet, but strong beer. Additionally, people use Morado in making mazamorra, a fruit-based dessert that looks like pudding.

Maiz Chullpi – Due to its soft interior, plus the shell, majority of people consume it as a toasted snack, commonly referred to as cancha. It tastes sweet, and its spikes are conical in shape. The corn’s grains are narrow, thin, and long. They can be roasted to be consumed only, or with goat cheese.

Where is Peruvian Corn Found?

Peruvian corn is also known as Cusco corn, implying that it originates from Cusco, the Incas’ capital city. It is mostly grown in Peru since 1200BC, along with other types of corn that make Peru famous. Ancient farmers in Peru used sophisticated methods to select and create corn varieties. That is why Peru boasts of corn types that adapt to various climates and terrains, which comes in different colors.

Cusco is a town in Peru, and it is the capital city of the Incas. The Sacred Valley also referred to as the Urubamba Valley, is found 20kilometers north of Cusco.

Peru safe to Visit during Coronavirus in mainland China »